Markets not really forces of nature?

Oct. 16, 2013 — Economic markets — institutions central to the organization of modern life — are often imagined and described in public life as independent, self-regulating, and “free” spaces that governments and citizens can only modify or control at their peril.

Historian Julia Ott, this week’s guest on History for the Future, begs to differ. Markets, she argues, are created and altered at different historical moments through decisions that reflect particular social conditions and the interplay of power relationships between and among individual and institutional actors.

Ott, an assistant professor of history at The New School in New York CIty, is the author of “When Wall Street Met Main Street: The Quest for an Investors’ Democracy,” published in 2011, and the co-editor of Columbia University Press’s new book series “Studies in the History of U.S. Capitalism.”

In a wide ranging discussion, Ott describes the not-at-all inevitable path to a broad-based securities market in the United States of the early 20th century, the media’s role in recent decades in encouraging the view that there are no alternatives to market-based approaches, and the impact of economic crises in changing (or not changing) the understanding of, and attitudes towards, markets. 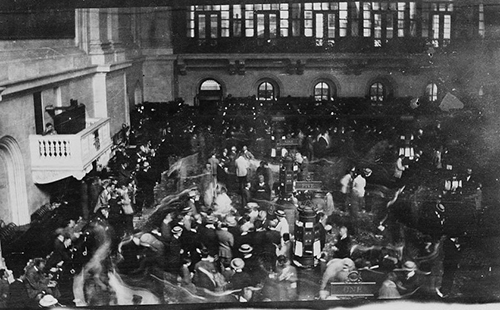