Fighting over how to define and empower families

June 12, 2013 — Robert O. Self, professor of history at Brown University, discusses his book, “All in the Family: The Realignment of American Democracy since the 1960s.” Self places debates over defining, protecting, and empowering families at the center of that realignment.

From the New Deal era of the 1930s and extending through the Great Society programs of the mid-1960s, Self says, many Americans viewed the expansion of state programs as supporting the dignity and potential of American families. Social Security, Medicare, and federally insured mortgages, for example, improved family life.

Beginning in the 1960s and 1970s, however, Self contends, millions of Americans came to see the power the federal government in a very different light. Instead of providing an “economic helping hand” to families, it seemed that the state was a grave threat to their dignity and potential — a triumph of conservative ideology reflected publicly in debates over everything from gay rights, subsidized childcare, welfare, the legality of pornography, and, of course, abortion.

The interview explores both the history of these changes in the family and politics as well as how fights over “the family” might figure into future realignments of American democracy. 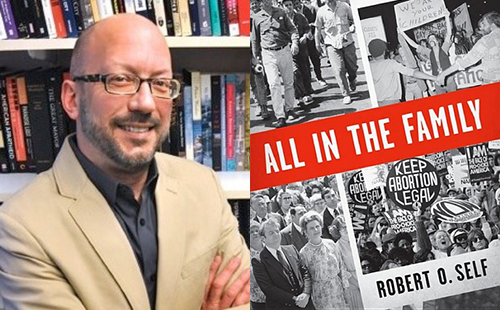