Are there no limits?

Nov. 6, 2013 — Paul Sabin, an associate professor of history at Yale University, discusses his book, “The Bet: Paul Ehrlich, Julian Simon and Our Gamble Over Earth’s Future.”

Sabin’s study traces a bet made at the end of the 1970s between Ehrlich, a biologist and author of “The Population Bomb,” and Julian Simon, an economist at the University of Illinois, over whether the price of five metals would rise or fall over the course of the 1980s.

This gamble, Sabin says, stood in for a fundamental disagreement between Ehrlich and Simon over a whole host of issues politicized during the 1960s and 1970s, especially human population growth, environmental degradation, and the power of markets and human ingenuity to overcome ecological problems. Ehrlich and Simon’s fight, Sabin shows, continues to echo in many of today’s most pressing policy debates, including that over what, if anything, to do about climate change.

In this interview, Sabin discusses both the strengths and weaknesses of Ehrlich and Simon’s worldviews and the political significance of ecological “limits.” Remapping Debate asks him why population growth has recently fallen from favor as a lens into environmental problems. And Sabin argues that climate change politics have become stuck in the “rut” of Ehrlich and Simon’s bet. 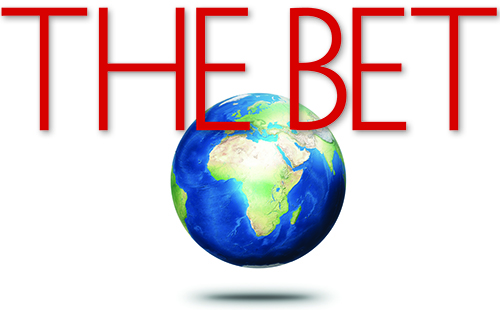